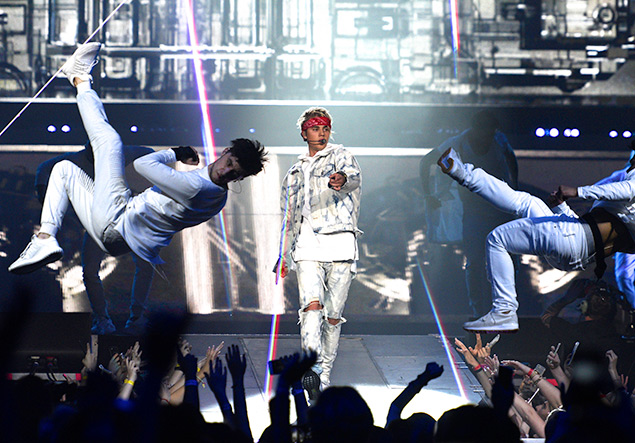 Justin Bieber brought his Purpose World Tour to Philips Arena on Tues. and Wed. (April 12-13) playing to sold-out crowds both nights. Bieber brought out special guests Ludacris on Tues. night and Usher and Akon Wed. night. CL photographer Perry Julien was there to capture the madness.

Check out the full gallery here.

embed-1
Atlanta's long wait for bulky, bright-blue bicycles that people can rent by the minute is over.

City officials and residents last week endured stifling heat and cut the ribbon on Relay, Atlanta's bike share program. The program operated by CycleHop launched with 100 two-wheelers placed at 10 racks locations throughout Downtown. The city say 500 bikes will be placed by the end of the...

In the shadow of Atlanta's newest and shiniest stadium there is a community. You might not know it because it goes largely unnoticed and unmentioned when talking about Atlanta, as if the city drops off a cliff west of Northside Drive.

Omnivore - How to make a killer latte in 19 seconds Article

For me, listening to someone talk about something they are passionate about is enthralling, but getting a chance to watch them do it step by step is inspiring. In the 2015 Food Issue we found a few people in Atlanta who were really good at what they do. It was an opportunity to go "behind the scenes" on things as commonplace as plating a chicken leg or making a latte or creating a flaming... | more...

image-1 ? ? Clusterfest once again took over Atlanta this past Labor Day weekend. The extensive number of events ranging from the ever popular Dragon Con to Atlanta Black Pride taking over Piedmont Park  means there was no excuse to spend the holiday weekend bored inside the house. Even if you did spend the weekend indoors, we've put together a sampling of photos from... | more...

image-1
?
? On Saturday, Aug. 22, local activists filled two large balloons with helium and lifted a banner high into the air, partially obscuring the controversial carving of three Confederate generals carved into the world's largest exposed granite monolith. According to a petition launched by organizers, the activists were protesting Coca-Cola's sponsorship of Stone Mountain Park, which...