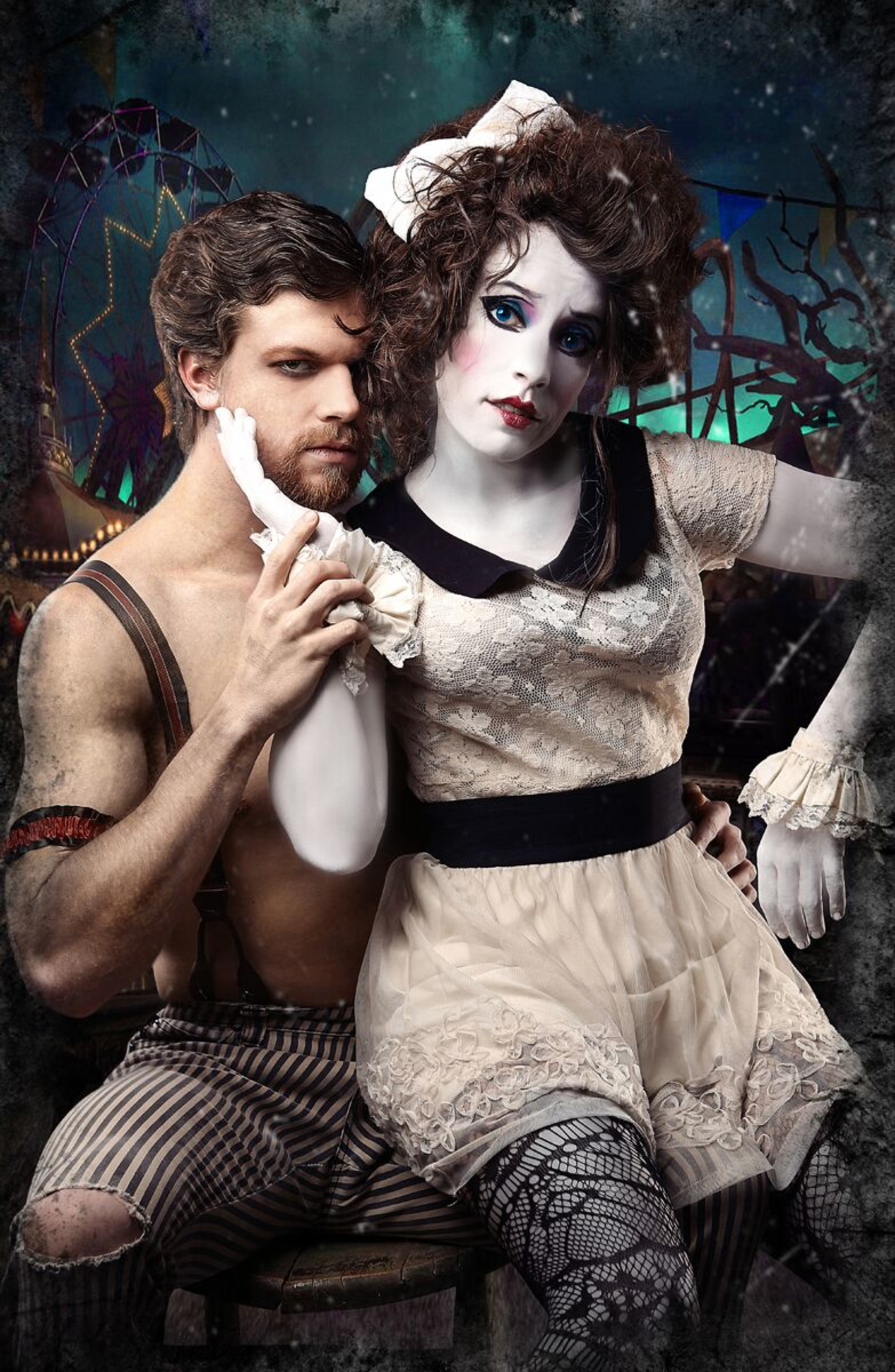 Photo credit:
It’s that old story: Girl goes to fair, girl meets cute carnie boy, boy gets fired, girl ends up pregnant and alone. Serenbe Playhouse’s artistic director Brian Clowdus is staging another Rodgers and Hammerstein classic, but it won’t be the traditional take on Carousel. “You know me,” Clowdus says. “Anything I do, I want to reinvent and shake up.” Serenbe’s productions take place outdoors and for this show, Clowdus continues the trend and plans to bring in an actual fair — complete with a Ferris wheel, strongman mallet game, and, naturally, an actual carousel. The audience can buy tickets to ride the rides and munch on popcorn, cotton candy, King of Pops treats, and specialty cocktails before the show and at intermission.

The artwork for the show indicates this will be a darker, more gothic environment, somewhere between American Horror Story’s “Freak Show” season and an afternoon at Buford Highway’s Plaza Fiesta. “The turn-of-the-century carnivals and sideshows kind of went hand in hand,” Clowdus says. “It was very normal for a carnival to have human wonders or ‘freaks.’” In this production, there will be sideshow characters throughout the show, representing the grim world of the hero, Billy (Edward McCreary), as well as the more refined townie characters who reflect the heroine, Julie (Kelly Martin), and her world. For those unfamiliar with the play, an innocent day at the fair turns bleak for Julie when she is seduced by Billy, starting a chain of events that results in him losing his job and leaving her with child and on her own. So, perhaps best to leave the preteens at home for this one, as the subject matter airs on the adult side.

Clowdus conceived the idea after working with much of the cast on another Rodgers and Hammerstein production, Oklahoma, two years ago. The cast — which, in addition to McCreary and Martin, also included Jessica Miesel, Lala Cochran, and Austin Tijerina, among others — enjoyed working together so much he decided a reunion was in order.

One thing Clowdus says he learned from his experience last summer, where he had to take the stage mid-show holding a script and wearing borrowed shoes after an actor fell ill during Evita, is that even the most devoted actors are only human, and this production will have understudies. “We sure as hell do!” Clowdus says, noting that he’d rather not take on the last-minute grooming required to fill in for Martin as Julie.

Spider for Take a dark spin on Serenbe's Carousel