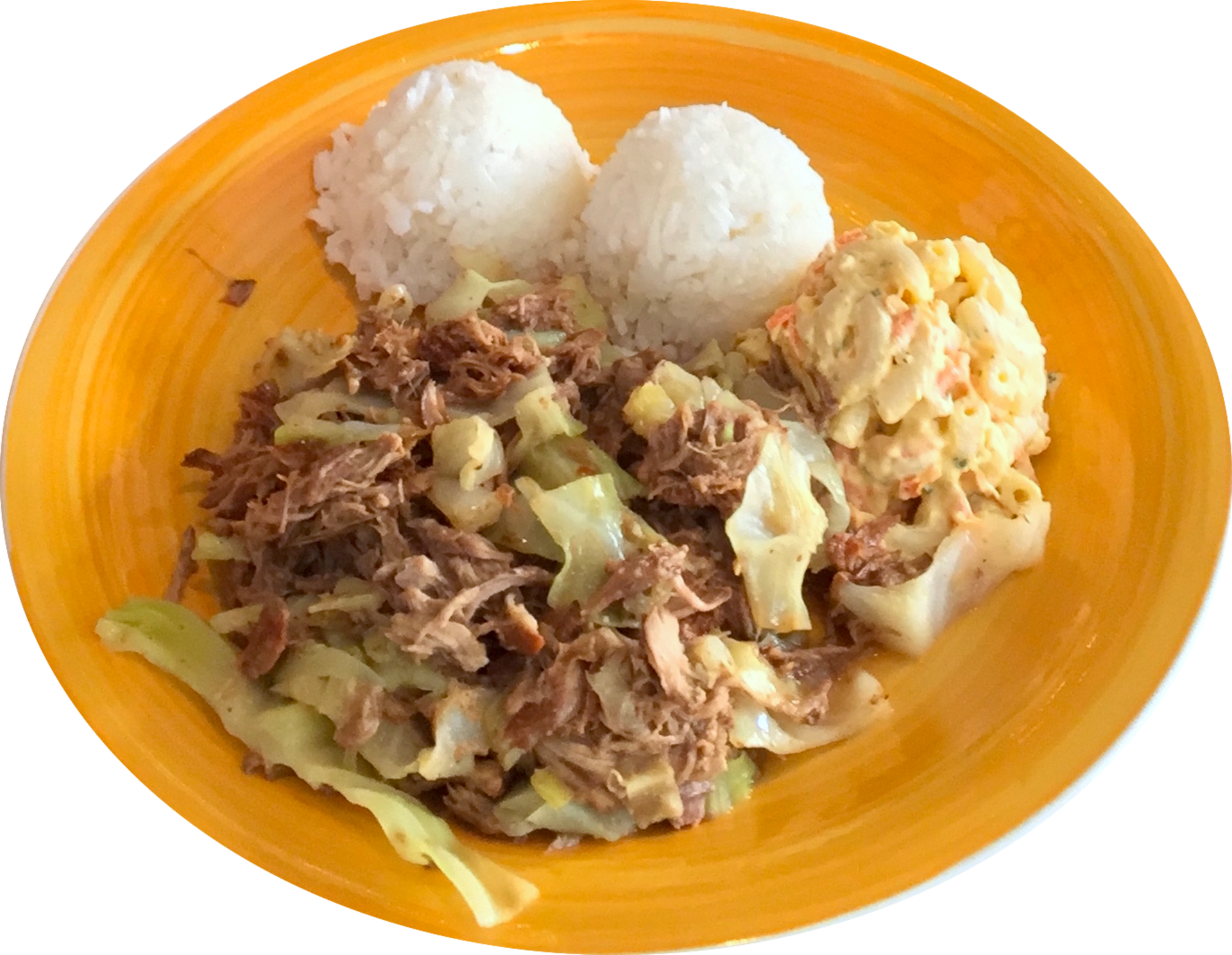 While the Hawaiian alphabet only has 12 letters, five vowels and seven consonants, dishes with Hawaiian flair can leave you scratching your head. Yet the Hawaiians are on to something when it comes to BBQ, creating the most tender and moist pork using to the islands’ traditional kālua (KA-lua) baking method.

Waikikie Hawaiian BBQ (2160 Braircliff Road, 404-638-1115,www.waikikie.com)is the only Hawaiian restaurant in Atlanta with the kālua secret. Owner Paul Jolin was impressed with the diversified evolution of the cuisine after being stationed at Pearl Harbor with the Navy. Hawaiian flavors reflect the many immigrants to the islands, including China, Japan, Korea, Puerto Rico, Britian and the Philippines. The restaurant serves a variety of Hawaiian “local food”, lunch plates served with rice, mea, Teriyaki sauce and even macaroni salad.

The restaurant’s most popular dish is the Kālua Pork ($7.99). This Hawaiian grilling method is based off kālua, baking in an earth oven. The pork is marinated and then prepared with cabbage, a staple vegetable on the island. Thanks to the cabbage, the pork is lighter, the density and saltiness of the meat is cut and the cabbage takes on the flavor of the pork. For foodies, that can also mean larger, guilt-free portions. We’ll say Mahalo (thanks) to that. 1. Bacon Mug: This is a giant mug made of fried bacon and filled... ATL entrepreneurs and the spaces they call HQ | more...

Bhargava Chiluveru's mission to capture the spirit of Atlanta Article

According to a press release, owner Sarah Rick received an eviction notice from Paces Properties on June 30 saying...