First Slice 9/14/16: $200 billion in transportation funding at stake across the country this fall

Plus, killer election convos at the SWAG Shop and $1 million for MOCA GA 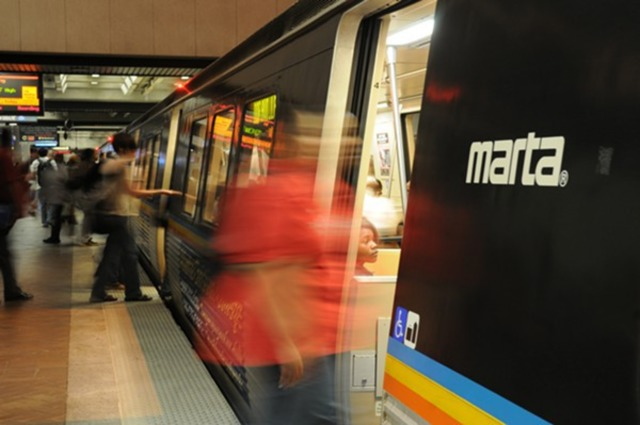 Photo credit:
Atlanta's not the only city looking for transit funding this fall. "More than a dozen cities around the country, including Los Angeles, Oakland and Seattle, are seeking similar ballot measures. Taken together, the initiatives would fund $200 billion worth of transit projects, if passed." An "unprecedented" situation according to Richard White, president and CEO of the American Public Transportation Association (APTA).

As we close in on election day 2016, CNN headed over to Killer Mike's Graffiti's Swag Shop for a pundit-free roundtable on the presidential race, namely the recent revelation the Hillary Clinton has pneumonia. Barbershop patrons including a firefighter, a Trump supporter, and grassroots activists, among others, participated.

The campaign around Gov. Nathan Deal's school takeover initiative got a little more intense this week with the recruitment of Democratic Senator Freddie Powell Sims for a seven-figure TV ad. "Deal’s plan would give the state the power to take control of persistently failing schools through a new Opportunity School District if approved by voters in November, and Deal has staked his second-term education agenda on winning its passage. It faces staunch opposition from leading Democrats and educators groups who say it would give control of local schools to an aloof entity that is not accountable to voters."

image-1 ? Hillary Clinton officially won the Democratic nomination for the presidency last night. In the words of Georgia Rep. John Lewis, who seconded Clinton’s nomination, “We are not going back we are going forward. Eight years ago our party, the Democratic Party nominated the first person of color to ever serve in the White House. Not just for one term but for two terms. Tonight,... | more...
Search for more by Debbie Michaud
[Admin link: First Slice 9/14/16: $200 billion in transportation funding at stake across the country this fall]

Spider for First Slice 9/14/16: $200 billion in transportation funding at stake across the country this fall