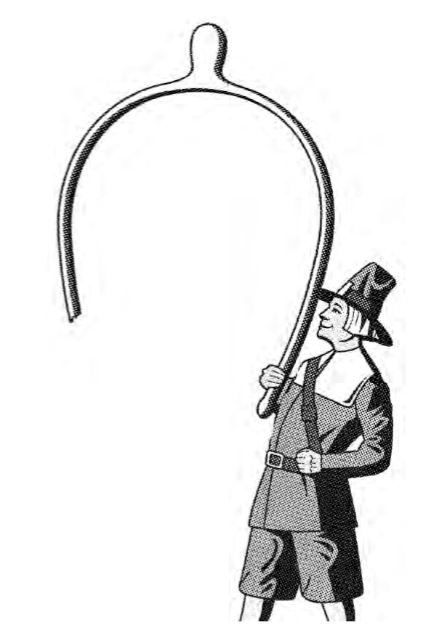 Photo credit:
A common joke in Native communities is that the time between Columbus Day and Thanksgiving is open season on Native Americans. Columbus Day, which celebrates the person who accidentally stumbled upon the Western hemisphere and then enacted genocide upon its inhabitants, is increasingly (and rightfully) being re-branded as Indigenous Peoples Day. But then comes Halloween, when Native Americans are routinely subjected to seeing our cultures appropriated and stripped down to often hyper-sexualized caricatures. Meanwhile, various sports seasons are getting started and wrapping up, with problematic mascots and nicknames displayed prominently on screens in every bar, restaurant and home.

And then there’s Thanksgiving, a day rooted in false narratives that actively and continuously contribute to the erasure of Indigenous people.

As our nation collectively shifts focus from the recent nightmarish elections to the impending national and religious holidays, Native Americans comprise a demographic that has been largely left out of both conversations, as we have been for the past 524 years. While many are struggling to find solid ground after Donald Trump’s victory, hundreds of Indigenous people and their allies are quite literally fighting on the front lines at Standing Rock Reservation in North Dakota.

In case you missed the news (and the thousands of faux Facebook check-ins), Dakota Access Pipeline construction is threatening the sovereignty and health of not only the members of the Standing Rock Lakota and Dakota Sioux, whose reservation lies close to the banks of the Missouri River, but also the millions of non-tribal folks throughout the Midwest that depend on the river for drinking water.

I often get asked if, as a Native American, I celebrate Thanksgiving, and this year is no exception. In light of social media, many colleagues and acquaintances have, for the first time, taken an interest in my culture and beliefs. To put it bluntly: yes, my family and I and many others do celebrate Thanksgiving. But in a much more purposeful way than most Americans.

First, we know the real stories behind Thanksgiving. There are a handful of theories on when the legendary meal first took place, and what the reasoning was behind it, but general consensus is that the fairy tale we’re told is a mish-mash of them all, created by President Lincoln as a public relations stunt to improve morale during the Civil War. (Side note: on December 29, 1862, Lincoln ordered the largest mass execution in the history of the United States, sentencing 38 Dakota men to be hanged after a bloody conflict with white settlers.)

One Thanksgiving conception theory is that in 1621, the Wampanoag, who had signed a treaty with the Plymouth settlers to protect each other, heard the settlers’ guns and cannons going off, and 90 warriors showed up to aid in what they thought was an ambush. Turns out, the settlers were simply celebrating their first successful harvest, and so the warriors joined in the celebrations.

Another more gruesome theory is that the feast was again a celebration for the settlers, but this time because a band of men had just returned from massacring 700 Pequot men, women and children. To this day, the Pequot and other New England area tribes commemorate this as the Day of Mourning.

All that being said, my family and many other Indigenous families around the country do give thanks on the fourth Thursday of November. We are thankful that we can simply be together, as descendants of genocide survivors, and that we have more than enough food on our table to not only survive, but thrive. We acknowledge that many of our Native brothers and sisters do not have this luxury; we pray for them and commit ourselves to helping in any way we can.

In my family, we especially make sure to give thanks for each other, as we're largely isolated from our home communities in Wyoming, South Dakota and Minnesota. Atlanta, and the South in general, does not have a large Native community, thanks to Andrew Jackson's relocation policies in the early to mid 1800s. And even the communities that do exist here, while welcoming and relatable, are not members of our tribe, the Sicangu Lakota. Family, called tiospaye in Lakota, is hugely important in all Indigenous communities, but it becomes even more necessary when you can't pray with your relatives or make it home for ceremonies.

Giving thanks for each other may sound like something most American families do on Thanksgiving. But the difference is that we do this every day, in everything that we do, think or feel. The beauty of so many Indigenous cultures is what the Lakota call mitakuye oyasin, the idea that everything is connected, and that that connection is what balances good and bad, light and dark. Every rock, every wind gust, every blade of prairie grass, every drop of water, is intimately connected to our own bodies, spirits and minds.

Many Americans see Thanksgiving as being largely about food — after all, the myths surrounding the holiday spring from this historical feast. We know we should give thanks for food, as it keeps us alive, but food holds a deeper significance in so many Indigenous cultures.

To us, food is literally medicine. Western science seems to finally be catching up to this novel idea, that what you put in your body affects your wellbeing, and there is a resurgence of prioritizing traditional or ancestral foods in many Native communities. Much of this is a reaction to the fact that the U.S. government, after relocation and containment policies were finalized, supplied reservations with incredibly unhealthy food commodities for years, directly contributing to health epidemics such as diabetes and heart disease.

As Native communities return to ancestral teachings and traditional lifestyles, we grow stronger. Not just within our individual bodies, but as a community. Look no further than the growth of the prayer camps at Standing Rock, and you will see the strength our communities possess and the healing that comes from truly giving thanks.

So in light of recent events, this Thanksgiving, follow an Indigenous example: give thanks for your loved ones, your community, healthy food, clean water, and ancestors. But do more than make a list — truly show your gratitude by actively protecting the things that allow us all to exist.